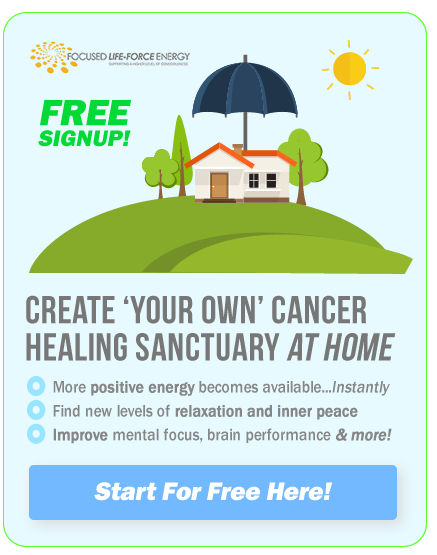 One of the causes of cancer is excessive free radical damage in your cells that harms your DNA and results in some cells mutating into cancerous cells. Every chemical and toxin in you body causes free radical damage. The carcinogenic ones cause even more. Combined with high acidity and low oxygenation, you've got a prescription for cancer.

Free radical damage from toxins plays such a fundamental role in the development of cancer, it is no wonder some of the first supplements people think of taking for fighting cancer are free radical scavenging vitamins. Unfortunately, most of them are just okay at best.

Energetic testing comes in at 43 for high dose vitamin C supplementation. Super high doses where you take as much as bowel tolerance allows come in a bit better at 64. A course of intravenous vitamin C sessions at much higher doses does better, 245. Good, but not near as good as many of the supplements covered in this report. By the way, another popular vitamin treatment for cancer vitamin B17 or Laetrile energetically tests very close to this, at 247, when used in the correct dosages. Eating optimal amounts of apricot pits comes in at 127.

When used in therapeutic doses, Vitamin E energetically tests at 30 for its value in fighting cancer. Vitamin A - 40. The commonly sold grape seed extract is around 40 also. Alpha Lipoic Acid - 60. Resveratrol - 120. Selenium, which acts both as a free radical scavenger, and as a mineral that helps prevent cells from turning cancerous is considerably stronger at 200. Many of these vitamins are in Ellagic Formula with Graviola covered in the immune supplements.

There is a well known cancer supplement whose claim to fame is its high anti-oxidant value. Again unfortunately, energetic testing puts Proto... or Can... at a good but not great level of 249. High quality pycnogenol energetically tests much higher, 421. Which is why we've heard reports of it knocking out cancers on its own. A slightly better version is the European sourced Health First Grape Seed Extract. It comes in at 489 when used in high therapeutic doses.

However, the top supplement in this section, and the top cancer fighter we have tested -- even stronger than it's sister elixir BLA -- is an elixir that works to stop cancer cells from causing free radical damage to nearby friendly cells. It is called...

Research done by Michael Lisanti MD at the Kimmel Cancer Center in Philadelphia, Pennsylvania found that cancer cells produce and release a lot of hydrogen peroxide, which damage nearby healthy cells in the tissues called fibroblasts. Hydrogen peroxide causes free radical damage which destroys their vital mitochondria enzymes so they can no longer produce energy using oxygen and must switch to using glycolysis or fermentation of sugars to produce energy.

When PrugX is used with BLA, cancer cells are poisoning themselves through auto-toxification in two ways -- by the buildup of both lactic acid and hydrogen peroxide. And will die that much faster. In fact, the combination of PrugX, BLA and MC² tests as the strongest cancer fighting combo we have ever tested -- 41.500 on our current scale.

This grape seed extract is 40 to 50 times more potent than the typical grape seed extract sold everywhere. This is because it is made using Masqueleir's third and final patent which utilizes expensive vacuum and low temperature processing to protect the anti-oxidant capabilities of the grape seed. Masqueleir was the researcher who discovered the OPC's in grape seed extract, and researched the many health benefits they provide.

It is highly anti-inflammatory, great for pain relief, the cardiovascular system and cancer. OPC's have a history of being powerful cancer fighters as they protect cells from free radical damage and boost immune response. As reported in PubMed, the conclusion of one study on OPC's and colorectal cancer is: "These data indicate that OPC caused cell death by apoptosis through caspase pathways on human colorectal cancer cell line, SNU-C4."

Most people don't get powerful results using grape seed extract because the extract they use has not been processed correctly so it is largely impotent. And they don't use enough. Even with the highly potent Health First Grape Seed Extract, you have to use a lot when fighting cancer. Use about 12 capsules daily for an early stage cancer, 18 a day for an advanced stage cancer. That's 6 to 9 bottles a month for this very good cancer fighter.

There is a well known and quite expensive anti-cancer supplement that combines a heavy metal with alpha lipoic acid in order to deliver the alpha lipoic acid into the cell. It has a few other vitamins and nutrients also. Energetic testing puts this supplement, when taken in the suggested high doses, at 249. Which seems to be another case of something that is not as good as it sounds.

You can accomplish something similar at a much lower cost - if you want, with...

DHLA is a fully reduced and thus immediately usable alpha lipoic acid. It has far superior free radical quenching power than even the previous best form of alpha lipoic acid, R-lipoic acid. What makes it even better is that it has been broken down into nano sized particles by probiotic fermentation.

In addition, it is frequency enhanced with vibratory energies, to further enhance absorption of DHLA into cancer cells. This reduced, nano sized and frequency enhanced alpha lipoic acid doesn't need a toxic heavy metal to help it get into cancer cells. After it has been further improved with Quadrant Variant Field technology energies, it's energetic testing puts its cancer fighting ability at 640.

What DHLQ does once it gets into a cancer cell is increase the amount of energy going the mitochondria of that cell. Because cancer cells produce energy anaerobically, they have very low energy production, and no longer have the energy pathways that a healthy cell has to handle the increased energy. So the mitochondria in a cancerous cell eventually becomes damaged when the DHLA gets into the cell, and the cancer cell releases enzymes that initiate apoptosis, a programmed cell death.

Next we are going to take a look at how enzymes could help you beat cancer.